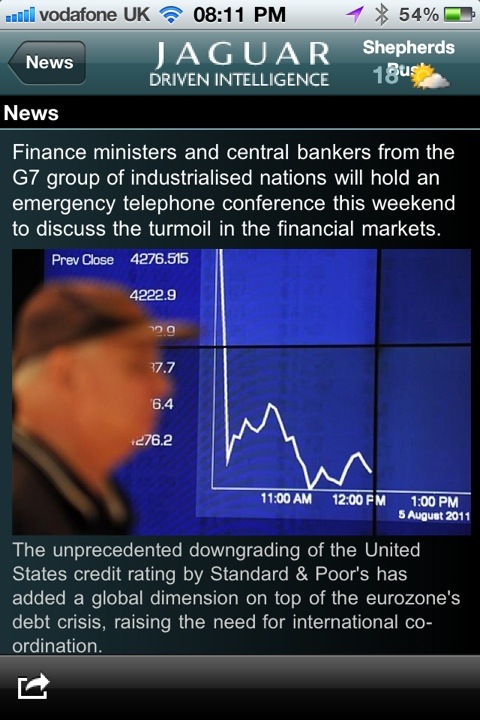 So the S&P has downgraded American debt, hmmm, well that took a long time.

If I had been a rating agency, they would have been downgraded a few years ago, and considering the rating agencies collusion in the greatest fraud in history, it is difficult to take them seriously.

Surely most triple A nations should he downgraded, perhaps excluding Germany and Switzerland! Just like America, Britain, France, Italy, Japan, Australia and others are in fact bankrupt or very near bankrupt. Just because some rating agency, the same that kept Enron and Bear Stearns on a AAA rating, gives an opinion does not mean they are right, or that they don’t have some angle to play.

However, I suppose even the bought and paid for rating agency have to reflect reality sometimes, and the economic chaos that seems to be brewing can’t be ignored forever. After all we have Zerohedge and Financial Armageddon and Mish’s Global Economic Analysis, as well as Lew Rockwell and the Daily Bell, all are readily available and anyone reading them will immediately notice the disconnect between reality and good sense and the lies and incompetence of the MSM.

I don’t know what we have in store, but as I’ve written before, it does not look good and I fear we are now entering a crisis which is the consequence of the bad decisions made in 2008 when the bought and paid for political whores bailed out our bankrupt banksters! 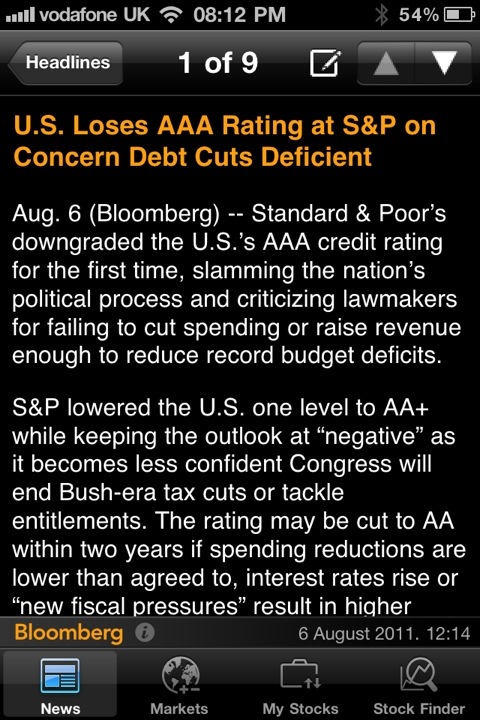